your dreams can become your destiny…

We work closely with students to determine vocal range, musical ability, style and give them the option to explore all genres of music. Students will not only learn how to perform a song with proper technique and dynamics, they will also learn how to entertain an audience. This is accomplished by coaching the student on how to approach the song(s) of choice, creating ideal stage blocking and showing them how to use the full-range of their abilities on stage. We offer specialized lessons in intermediate guitar, intermediate to advanced bass guitar, singing, songwriting, studio recording, performing and media training.

Breaking into the entertainment industry can be incredibly exciting but getting there requires more than just natural talent. You need discipline, determination and most importantly, the proper guidance. Debra Killings Studios focuses on transforming talented performers into well-equipped, working professionals. With a wealth of experience related to major and independent labels, we can give you a broader concept of this business called entertainment.

Hourly tracking/recording studio rates. Using only the highest-quality pro-level equipment and software. We incorporate the latest computer based technology and software releases to craft the best results for a quality digital sound. We prefer booking at least a 2 hour block.  Overtime is charged at the regular recording studio rate. Whether tracking or final mastering, the finished product rings true. Mixing and mastering is billed at a different rate.

Need a video?  We will do your treatment, scout locations, shoot and edit your next video. We can help create your visual presence. 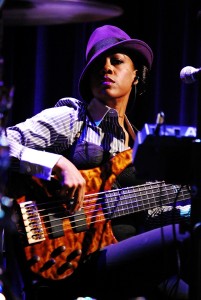 Debra Killings is one of the most admired and gifted vocalist in the industry. Her voice has been featured on releases by platinum trio TLC, Outkast, Aretha Franklin, Madonna, Toni Braxton, Monica, Da Brat and Will Smith. Her musical skills and work on diverse recording projects and styles has made her one of the music industries most in demand musicians. In addition to lending her vocal talents to many hit records, Debra displays her talents as an extraordinary bass player on recordings by Jay-Z, Nelly, Outkast, Carlos Santana, Tamia, LL Cool J, and Curtis Mayfield. She’s also worked and co-labed with super- producer Dallas Austin. She’s worked with some of the top producers in the world such as Diane Warren, Babyface, LA Reid, Rodney Jerkins, Jermaine Dupri, Nitty, J Cole, Big Boi, Andre 3000, Organized Noize, Deitrick Haddon, Fred Hammond and more.

In addition to being a seasoned studio vocalist, Grammy-Award recipient, Stellar nominated, and sought out musician, Debra is a songwriter with credits on recordings by Pebbles, Paula Abdul, Will Smith, George Clinton, Sammie, Shanice, Tamia, Eternal, and Namia Amuro. She appears on the blockbuster soundtracks of Waiting to Exhale, Diary of a Mad Black Woman, Home Alone, Fled, Nutty Professor, Boomerang, Drumline, and Idlewild (the singing voice of character Angel Davenport). She is featured on WOW Gospel 2003, 2004, and 2005 DVDs, toured and worked with some of gospels best: Fred Hammond, Deitrick Haddon, Virtue, Tonex, Lisa McClendon, Byron Cage, the Bobby Jones Gospel Hour, Bobby Jones Next Generation, and Megafest.

Debra has been involved with televised broadcasts such as BET’s “The MoNique Show”, “Live At The Apollo” with Tony Rock, “Black Girls Rock” and also “Sunday’s Best” with Kirk Franklin. She also appeared on “The Tonight Show”, “David Letterman”, “The View”, “The Talk”, “Jimmy Kimmel Live”, “The Ellen Show”, “Good Morning America” and “HSN”.

Out of all of her accomplishments she’s most thankful for the release of  her own cds, “SURRENDER”, on Verity Records and “OPEN HEAVEN”, under her own label, Hands Up Records Inc. ♪

If you are interested in booking a session, please click the desired date and time. Payment is required when booking. Cancellation requires 24 hour notice. Our address will be included in your confirmation email. We also offer SKYPE SESSIONS!

OUR STUDENTS LOVE US